By jerome dela cerna in News, Press Release on . 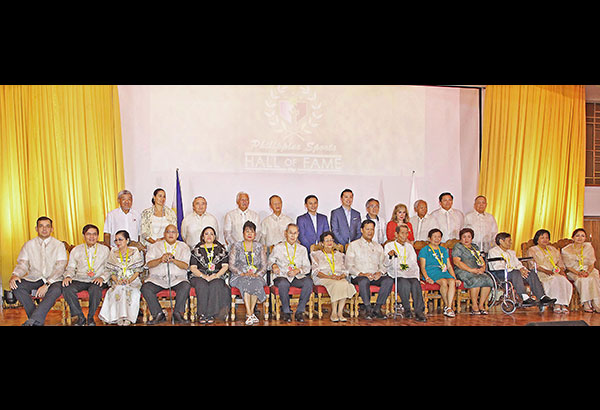 MANILA, Philippines – Receiving her accolade as one of the new inductees to the Philippine Sports Hall of Fame, former Asian sprint queen Mona Sulaiman passionately recalled how she aspired for that elusive Olympic gold and fell short.

Retired and currently in a wheelchair due to leg injury, Sulaiman could only wish that one or two of today’s Team Philippines stalwarts will finally make her dream of seeing the Phl flag being hoisted in the quadrennial games a reality.

Sulaiman was the toast of the 100-meter and 200-meter run events in the 1960s, blitzing her way to three mints in the 1962 Asian Games. She competed in the Olympiad in 1960 in Rome, where she reached the quarterfinals of the century dash, and returned four years later in Tokyo.

Sulaiman, who slipped and injured her knee recently, was accompanied by relatives Noemi and Ernesto during the rites.

“This award has been long time coming,” said Robert Bachmann, son of the late Kurt Bachmann, Jr. who was part of the gold-winning Phl five in the 1958 and 1962 Asiad. “I could almost hear my dad’s voice in heaven ‘it’s about freaking time.’”

Bachmann, who helped his mother Lourdes receive the award together with his brother, Alaska governor and team manager Richard Bachmann, shared his father’s mantra with the national team: “Love for country. Bayan muna (country above everything else).”

Jacinto Cayco, one of the oldest living Olympians, personally accepted his trophy.

Torre, Asia’s first GM, said the Hall of Fame will stoke the fire among the young athletes, who may be at a crossroads choosing between a serious sports career or recreation.

“I’m happy because this will serve as an inspiration and encouragement to our young athletes who will reach that crossroads. Sasabihin nila we will not be forgotten, kaya lalaban tayo (that’s why we will fight),” said Torre.