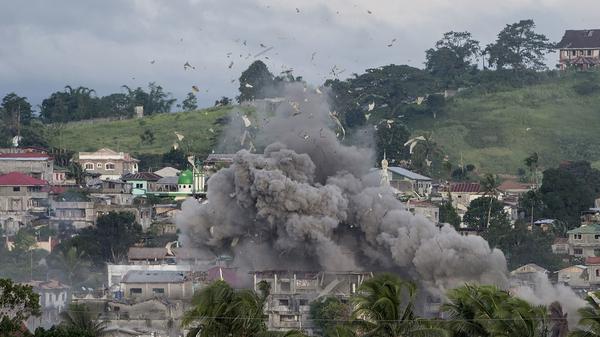 A soldier father and his baby dies on the same day

Last September 16, a pregnant woman went on to a forced labor after hearing the death of her boyfriend, Corporal Jaime Invento, during the battle at Bato Mosque in Marawi. Unfortunately, their baby died three hours after his death. According to the news information, she became so stressed after she knew of her husband’s death and resulted to the early birth of their baby.

This Armed Forces of the Philippines successfully forced the Maute Group to abandon Bato Mosque in Marawi after a five hour long battle during that day. Among them was Corporal Jaime Invento, a scout ranger. A bullet fatally hit him in his neck which killed him immediately. The operation left four other soldiers wounded.

Moreover, the government forces were able to rescue two hostages: Catholic Priest Terisoto “Chito” Suganob and Lordvin Ocopio, a teacher of Dansalan College in Marawi. Chito Suganob has been a hostage of the Maute Terrorists for almost four months.

To date, Corporal Invento is the 45th scout ranger killed-in-action in Marawi City. 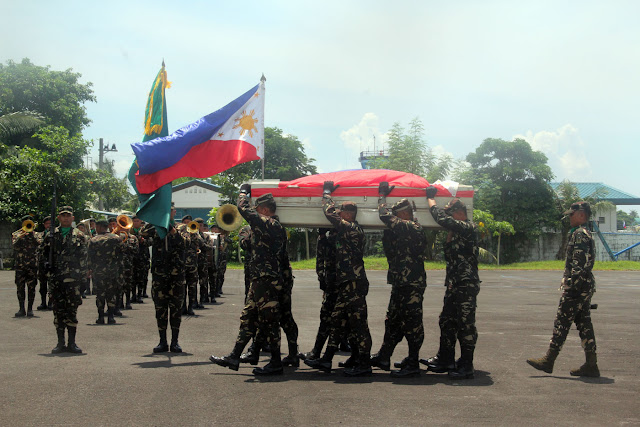 [Translation: Like a typical scout ranger, the late Corporate Jaime Invento was a silent person. But when it comes to his dedication to his job, he’s the type of person you can entirely trust and depend on. He’s a very kind friend. Before they started the mission to take the ISIS stronghold in Bato Mosque yesterday, he gave his combat boots to his buddy as a birthday gift. But when they had the assault at the mosque, he was hit twice in the neck and died on the spot. Unfortunately, his wife wasn’t able to handle the sad news and had a forced labor. Their newborn baby died three hours after his Daddy Ranger died. The late Jaime Invento is our 45th scout ranger killed in action. We request for prayers for his and his child’s soul.] During the interview with the Inquirer at St. Peter’s chapel last Sunday, Anne (not her real name) excused herself. She then went to her boyfriend’s coffin and continued scribbling on a piece of paper — a farewell letter to Invento.

“You have fought a good fight. It pains me more seeing you like this, but I’m letting you go now. Have a safe journey, Daddy. Always remember that you will always be my best ‘assaulter.’ You know how much I love you and I know how much you love me,” Anne said in her letter.

At the back of the paper is another letter for Invento written on June 29. She addressed the soldier as her “dearest superman” and wrote that she missed him.

“It’s been 36 days, eight hours, 15 minutes and 36 seconds since you went away. I know you are already tired and weary. Hold on, Mahal (my love), a little bit longer … and I love you so,” she said.

Want to send groceries to your family in the Philippines? Possible! For a minimum purchase of Php3,500 at at BayanMall.com, delivery charge is FREE. If your recipient is outside the city area, P500 will be deducted to the total delivery charge. We deliver door-to-door anywhere sa Pinas in just 3-5 working days! If you have any questions about BayanMall Online Shopping, CLICK HERE.